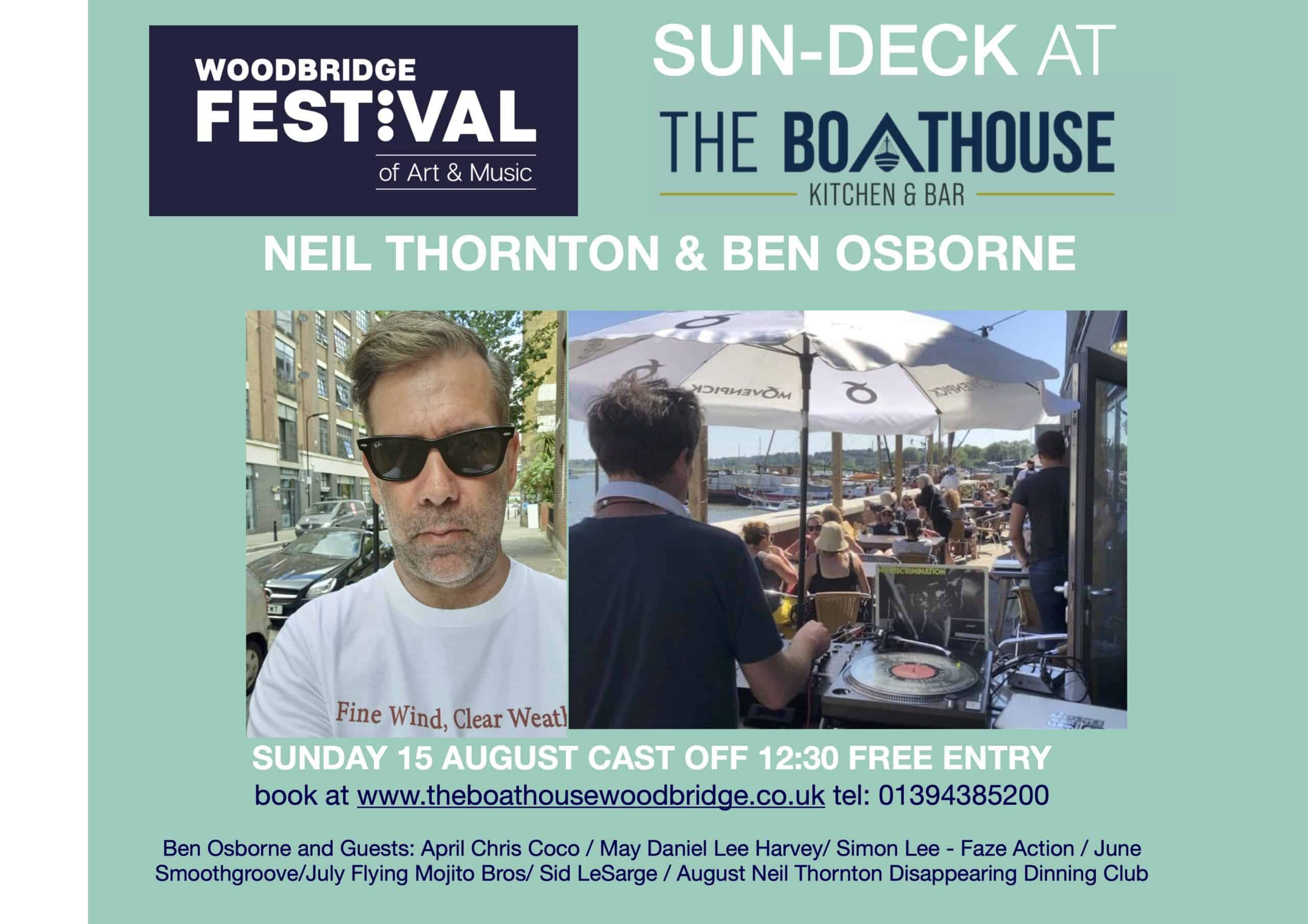 Neil is host at North London’s Disappearing Dining Club and was formerly at Shoreditch’s Horse and Groom disco pub. He began playing records in the mid 90s at warehouse parties. Alongside good friend and party cohort Johnny Hiller, he promoted the premier Disco party Lasermagnetic.

Sun Deck Host Ben Osborne is described as a “polymath” by Time Out and is an award winning creative producer and founder of Noise of Art (“an actual Cathedral of Sound” The Guardian Review).

Expect to hear a blend of jazz, soul, classical, electronic, dub, Balearic, alternative and unusual 80s, psychedelia and anything else the DJs think you’ll enjoy.