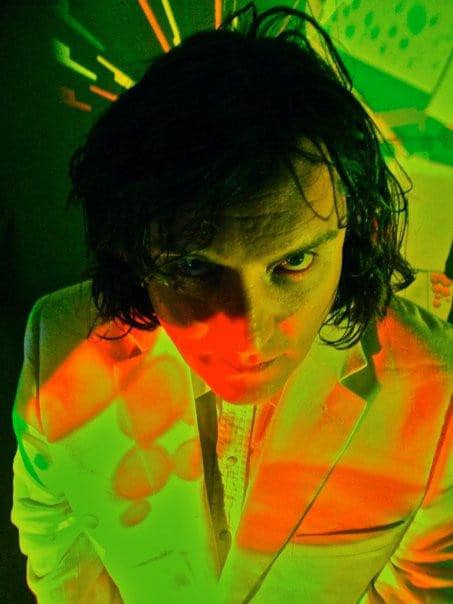 Richard Norris (The Grid/ Beyond The Wizard’s Sleeve), Chris Coco (Melodica/ The Chill Out Tent), Ben Osborne (Noise of Art).

Woodbridge Festival plays host to special guest Richard Norris. Best known as half of electronic act The Grid, with Dave Ball of Soft Cell, Richard’s scored six Top 40 UK Singles Chart hits, including the million-selling “Swamp Thing”, which reached No.3 in the UK charts and was Top Ten in 10 countries.

Richard’s other acts include Beyond The Wizard’s Sleeve, with Erol Alkan, while his career has seen him work with artists Bryan Ferry (Roxy Music), Marc Almond, Joe Strummer and the Pet Shop Boys.

During the lockdown he’s released a string of successful ambient works around his Group Mind online community and record label, and his show tonight will reflect some of this work, as well as new, as yet unheard,dance floor music. He’s also back in the studio with The Grid with rumours of new releases in 2022.

The Chill Out Tent is a new Balearic gathering formed by DJ and producer Chris Coco during the first lockdown. Since inception it’s held monthly online live broadcasts and become an international sensation, with in the know followers watching live broadcasts from Ibiza to the Norfolk Broads – and California. It will hold its first full live show in a venue in Woodbridge.

Chris Coco is an international DJ and producer, writer and radio presenter who’s DJed on every continent except Antarctica. He’s played all the major clubs in Ibiza, and at major festivals; including Glastonbury, Roskilde, Big Chill and Bestival. He was opening DJ for Robbie Williams’ world tour and there are few DJs who have his breadth of musical knowledge and obsession with finding the perfect track.

Ben Osborne is described as a “polymath” by Time Out. He’s an award winning creative producer, and founder of Noise of Art (“an actual Cathedral of Sound” The Guardian) and DJs internationally at festivals and clubs, including Glastonbury, Sonar, Chateau Perché, MAMA Paris, Big Chill and Latitude. He’s also a journalist and author and has presented his own shows on Xfm, NME Radio and Slack City Radio. A groundbreaking music and arts activist, he pioneered such things as late night music in galleries in London, immersive film exeriences, and silent music and electronic music events in clubs, festival and theatres.

The night will follow current pandemic guidelines. We are grateful for the support of Sufolk County Council.