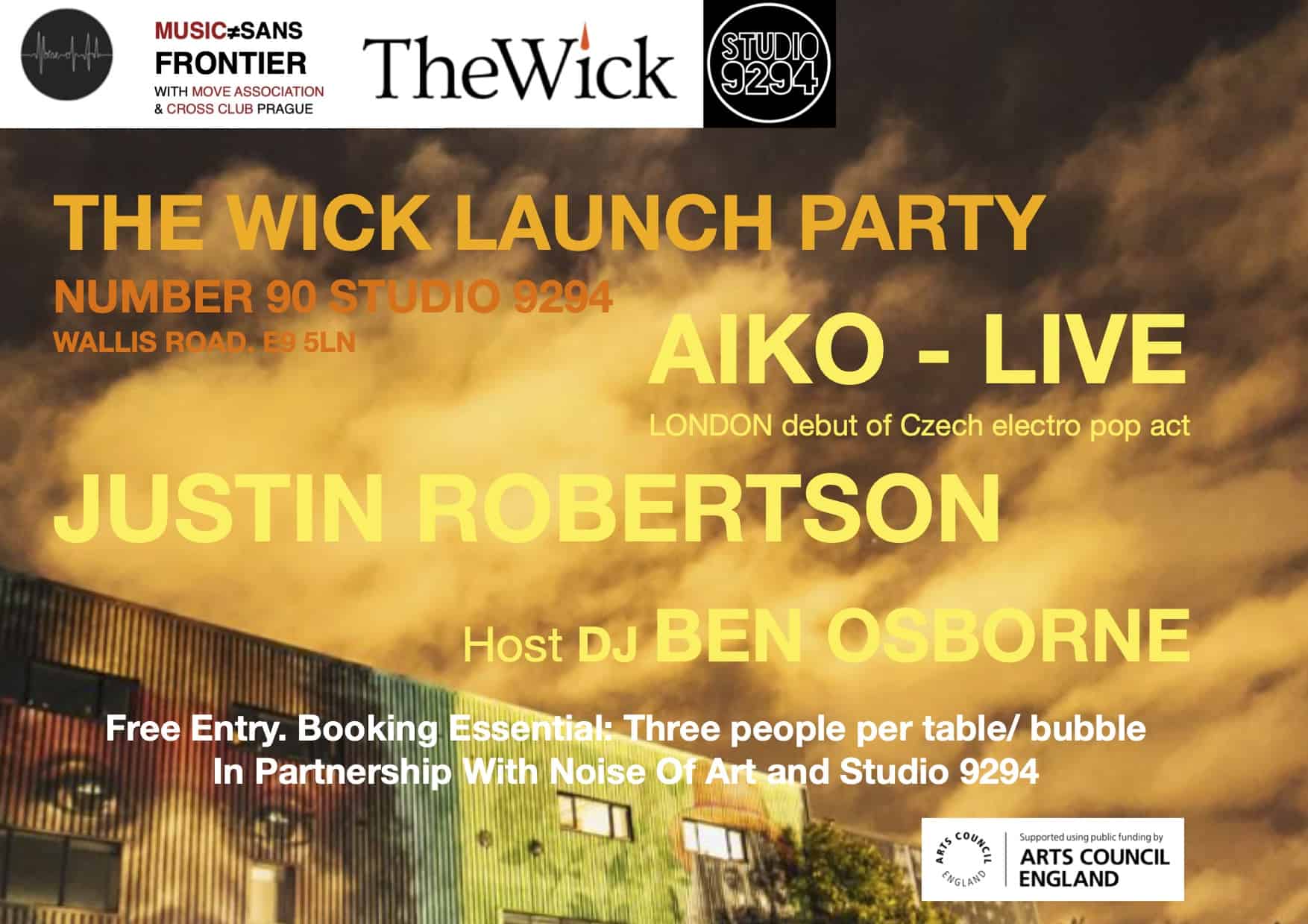 Number 90, 90 Wallis Rd, Hackney Wick, London E9 5LN. 7-10pm – Free socially distanced event. Booking essential with a max. of 3 people in the same bubble per table. Alcohol can be served without a meal but you must register for a ticket.

Robertson’s musical career began in Manchester at legendary Acid House clubs such as Haçienda, Konspiracy and Most Excellent – where his DJ sets introduced the Chemical Brothers to electronic music. He became resident at Bugged Out and began remixing acts such as Björk, Erasure, Happy Mondays, Paul Weller, Justice, and many other artists, either as himself or as The Prankster, Revtone or The Deadstock 33s. He fronted the groups Lionrock and Thee Earls, and has released albums and singles under his own name.

Moscow born, Prague raised, Berlin interloper and now London based, Aiko’s electro-pop music blends the cultures and influences she’s experienced. She started her career with an appearance on Czech TV in August 2018, which led to her debut EP. Interviews, press reviews and radio airplay followed, as did bookings at Central Europe’s leading festivals such as Sziget, Waves Vienna, main stages of Praha Žije Hudbou, Good fest, and Sofar Sounds Budapest. She’s performed live for TV sessions on stations across Europe, but this is her London debut.

MSF is a European grass roots network formed by Cross Club & Move Association in Prague and Noise of Art and The Social in the UK.