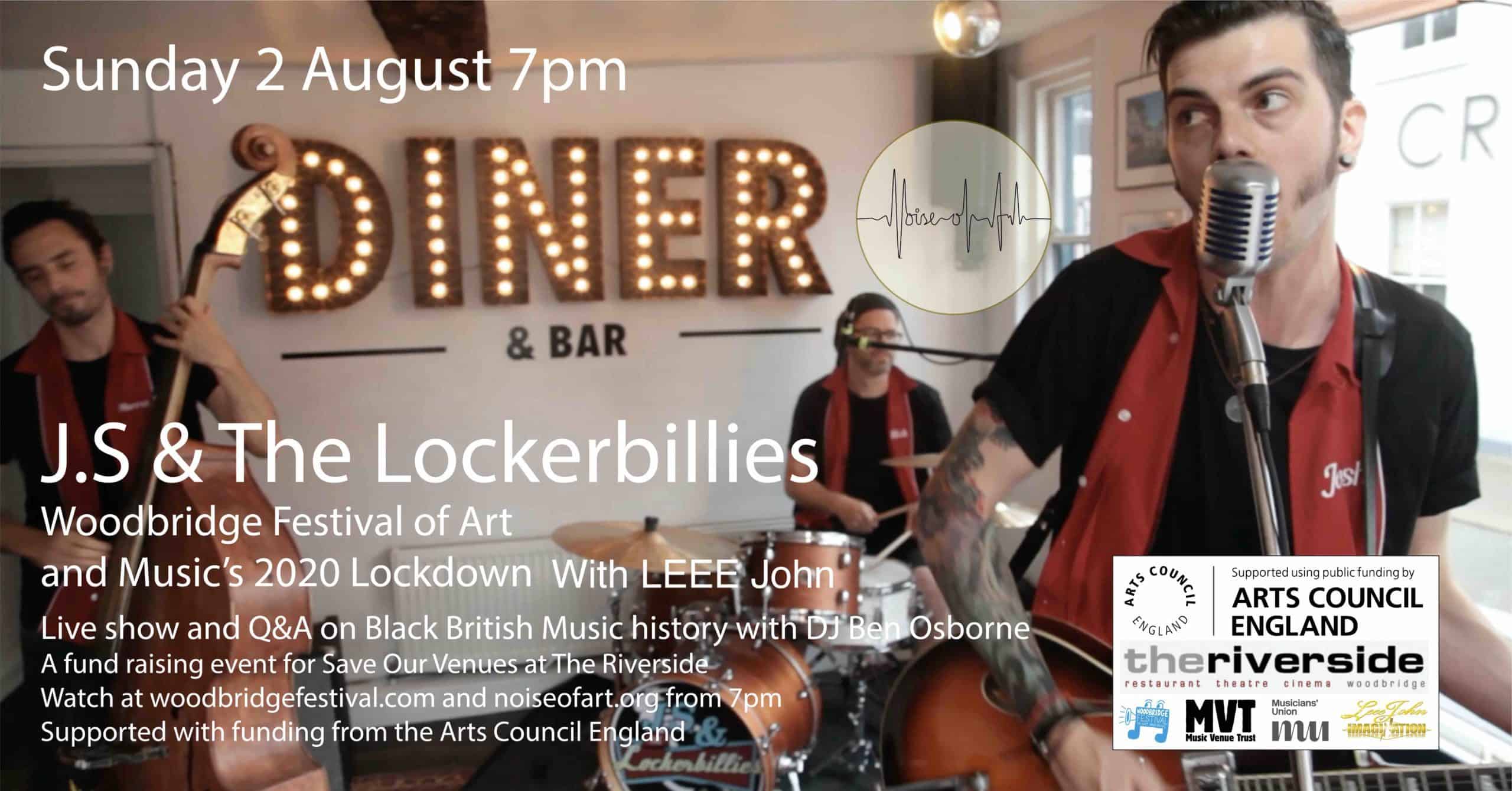 Online Broadcast Events start on Sunday 2 August 2020 with a festival broadcast from 7pm and Leee John of Imagination performing the debut of his new show alongside a Q&A on British Black Music at 8pm.

You can watch the show for links here or at the Woodbridge Festival site at www.woodbridgefestival.com

Alongside live sets filmed in venues around Woodbridge there will be a special live show from new Czech techno act Bratri in Prague and Pop Chorus will be submitting a moving track recorded while all members were in isolation. And there will an interview with Mark Davyd, founder of Music Venue Trust, on their work saving grass roots music.

The event will also feature a brand new track from club jazz act Red Snapper, who have composed a song specially for Noise of Art during the lockdown. The track first featured in the programme for Suffolk festival First Light, which this year took place online in Lowestoft in June.